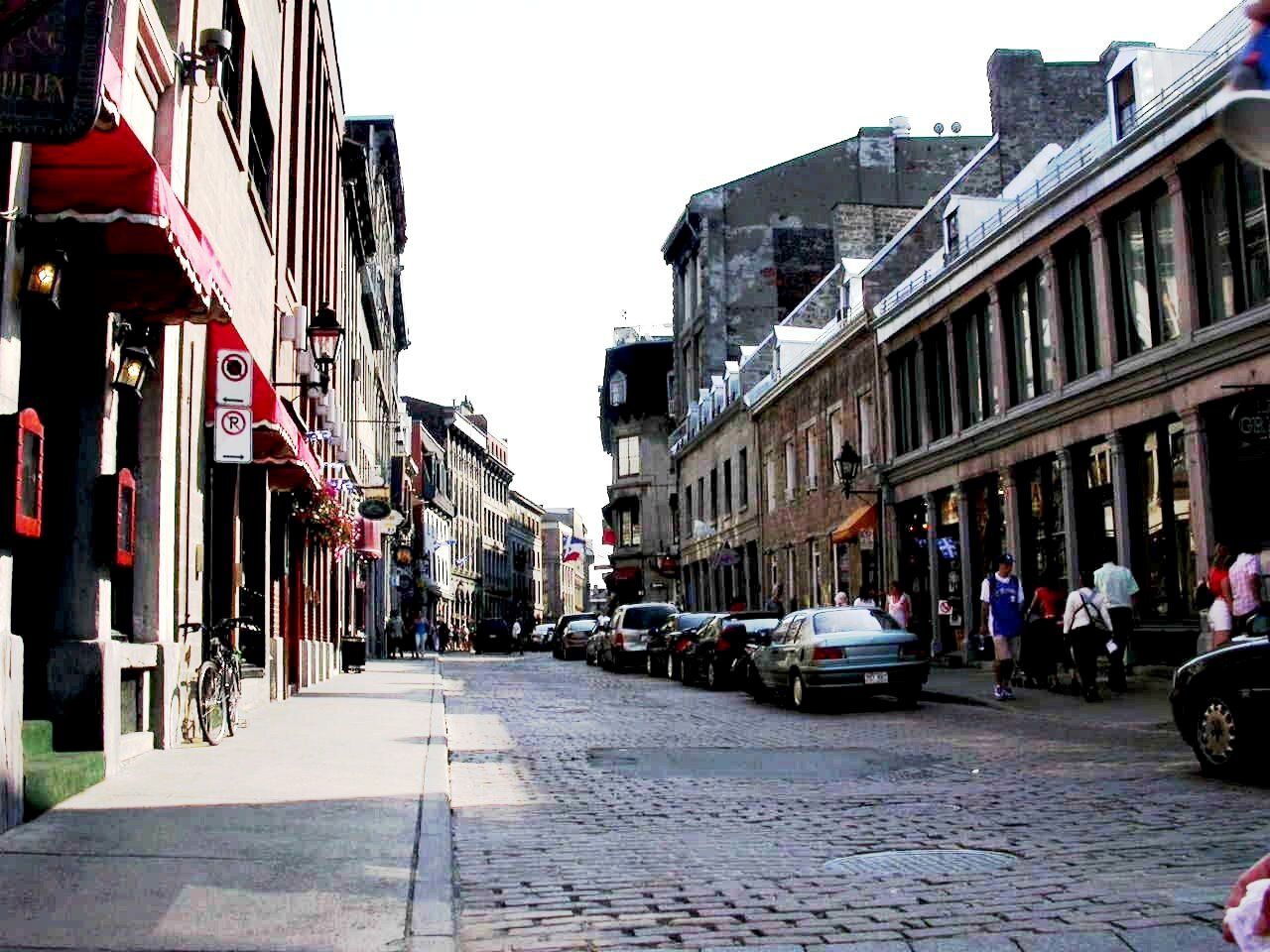 Vieux-Montréal  is one of the most beautiful, well-preserved vibrant "old towns" this side of Europe. This is a key component in what makes Montreal, "the truly different North American city".  A diverse and tolerant-to-all world city, Montreal is safe, cultural, cosmopolitan and proud of its French legacy, especially its language.

A surprise to many visitors, namely those who only feel comfortable around hearing and speaking English, is that they can just ask politely if English can be spoken and most sensible entrepreneurs will assist them. That said, this is Québec, and it is francophone (French-speaking), which some hold near and dear to their hearts, a little too much. As in many other Canadian cities, multiple languages are spoken here but French is predominant.  But there is always someone around to help.  Here all road signs, signals, public information, transportation, government and public advertising are in French.But don't worry, most of Montreal's stores, taxis, hotels, restaurants and bars have English-speaking staff who often translate in tourist areas. Don't be surprised to hear Spanish, Portugese or Italian spoken as well. Montrealers are a welcoming and friendly people. Enjoy their diversity as that's what traveling to foreing cultures is all about .Do keep an open mind, for Montreal is a very secular and liberal place, This is not a puritan culture. Drinking age in Montreal is 18. With its many universities, it is a funky and progressive town. 'Vous n'êtes plus au Kansas!'

Enjoy a calèche (horse-drawn carriage) ride in Vieux-Montréal.  Visit the art galleries, museums, shops and do not be intimidated by the 'otherness' of the French language or food.  There are many nice French restaurants in the area


Contact us now and get ready for your next visit in Old Montreal (Vieux-Montreal)!