Prince Edward Island is known, for good reason, as Canada's Food Island. But across the country to the west, Vancouver Island is saying, "Hold my (artisanal, small-batch, hand-crafted) beer." Both islands are places of abundance with an exciting and evolving food and drink culture that can only be savoured in these very special places. PEI is Canada's smallest province, a crescent-shaped piece of land cradled by New Brunswick and Nova Scotia in the Gulf of St. Lawrence. Part of the traditional lands of Mi'kmaq, a First Nations people, the island is known for its fertile red soil, sandy beaches, and gently rolling hills. 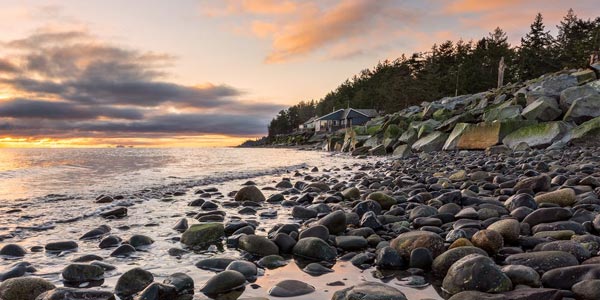 Vancouver Island, meanwhile, is a mountainous sliver off the coast of British Columbia. Its stormy western side faces the Pacific Ocean while its protected east coast is a place of booming communities (such as Nanaimo, Parksville, Comox) and bountiful farms.

This is the historic land of the Indigenous Coast Salish, Kwakwaka’wakw and Nuu-chah-nulth peoples and their vibrant living cultures. Europeans only arrived in the 18th century.

By the time Captain James Cook sailed into Nootka Sound and claimed the island for Britain in 1778, PEI was already sheltering exiled Loyalists from the American Revolutionary War and had been settled by Europeans for 250 years, ever since the explorer Jacques Cartier first swung by. 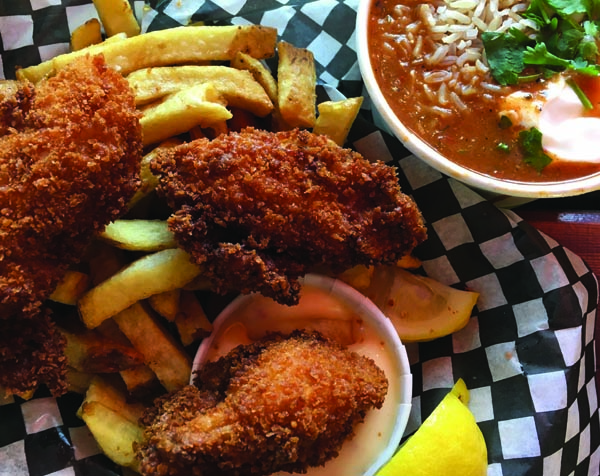 Even now, Vancouver Island is a wild and rugged place, its dark forests rich with wild mushrooms and berries. Its climate is one of the warmest and most moderate in Canada. Almost everything grows here, even tea, truffles, lemons and figs. Victoria alone is surrounded by three agricultural regions, including the Cowichan Valley, which is also BC’s newest wine sub-appellation and produces elegant Pinots Noir and Gris at wineries like Blue Grouse, Unsworth and Averill Creek. Further north, the Comox Valley’s 400-plus farms are one of the reasons celebrated chef Andrey Durbach packed his knives and moved from Vancouver in 2017 to open his Italian restaurant, Il Falcone. 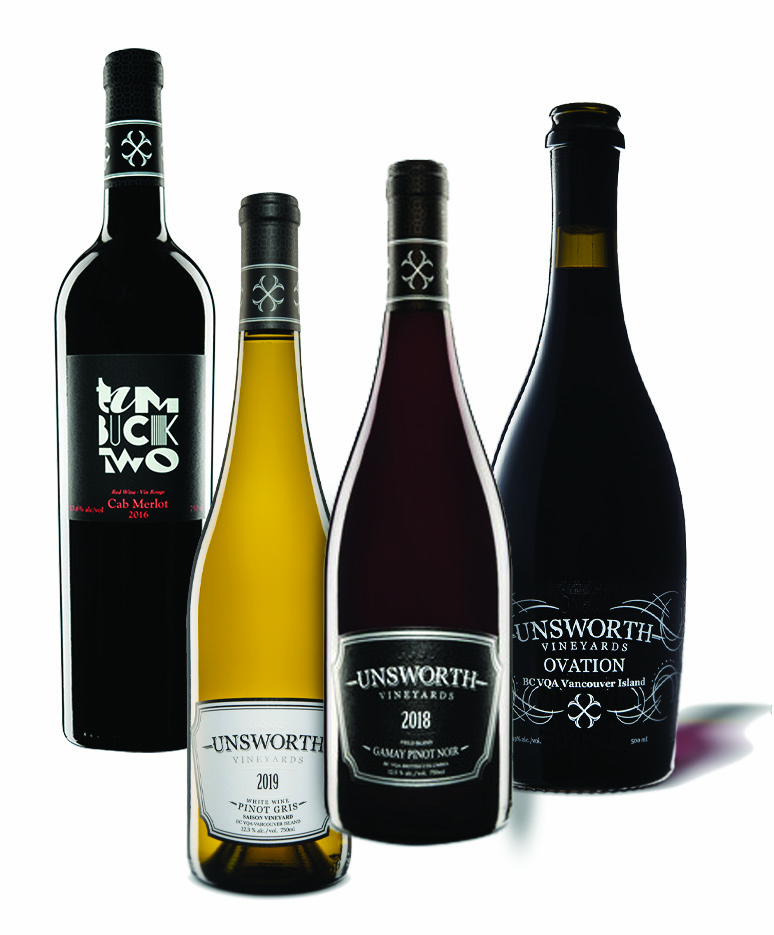 “You have a lot of access to really great ingredients on Vancouver Island,” says Durbach. “Come out here and you have so many people supplying a much, much smaller marketplace.”

He’s not alone. Chefs from all over Canada, many of whom have worked or staged in Michelin-starred restaurants, are flocking here – to Victoria, to the Gulf Islands, and especially to Tofino, the foodie surf town on the island’s west coast where Sobo’s Lisa Ahier makes her famous salmon chowder, and to its rugged neighbour Ucluelet, where chef Warren Barr offers “food that speaks to where we are” at the tiny, award-winning Pluvio Restaurant + Rooms. “In Ukee, there are no beaches,” Barr says. 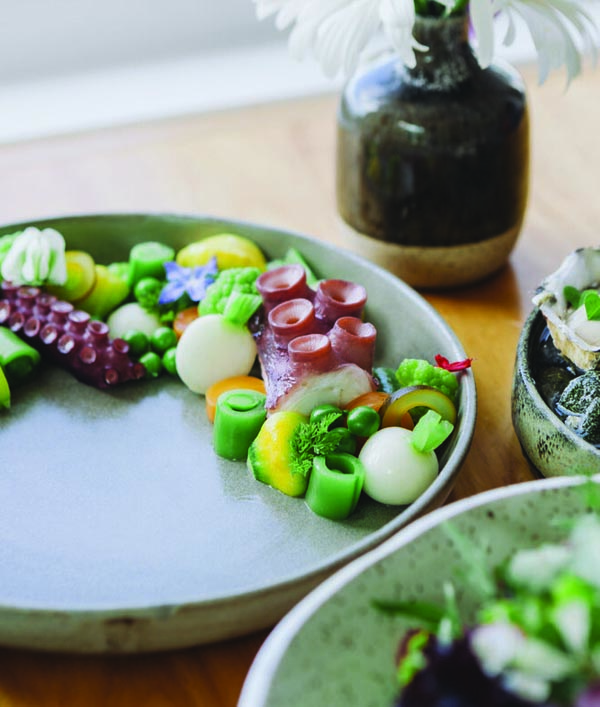 “It’s gnarly and my food reflects that.” His food, like that of almost every chef on Vancouver Island, is of its place – quintessential farm-to-table, forest-to-fork and boat-to-bowl cuisine.

Coincidentally, that is something Barr learned in PEI where he began his career at The Inn at Bay Fortune. The inn is where superstar chef Michael Smith led the kitchen in the 1990s and launched his TV and cookbook career. He is now the proprietor and oversees the inn’s family-style restaurant, FireWorks Feast. Farming and foraging are essential to his cuisine and that of PEI in general. Chefs and home cooks alike forage for bar clams, spruce shoots, chanterelles and seaweed. “If you go back 50 years or so, this was what every family on the island did,” says Smith. “You used every resource that was available to you.” 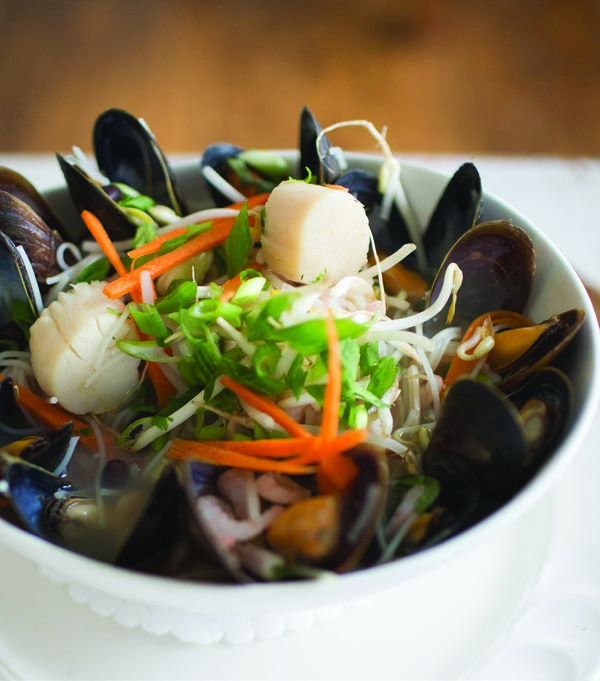 This is a small place, where everyone knows and supports each other. Menus in Charlottetown are proud to feature local lobsters, potatoes, organic produce, award-winning cheeses and grass-fed beef – not to mention craft beer and cider – at eateries like Sims Corner Steakhouse and Oyster Bar, Slaymaker & Nichols Gastro House and the new-ish Founders’ Food Hall on the waterfront.

Seafood, not surprisingly, is the star ingredient on both coasts. PEI is almost as famous for its mussels as it is for its Malpeque oysters and lobster. It also produces snow crab, rock crab, scallops, mackerel and herring. Vancouver Island, back on the other coast, offers sweet Dungeness crab, as well as scallops, spot prawns, sidestripe shrimp, mussels, five kinds of salmon, albacore tuna, regular clams and the giant clam known as geoduck. 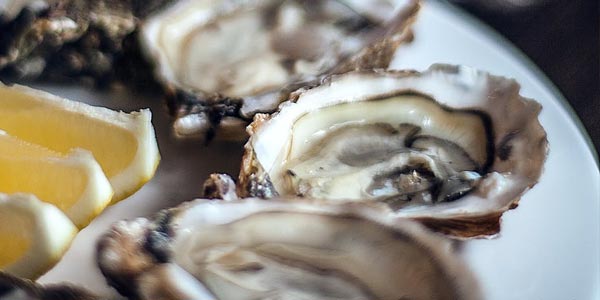 On both islands, the best food is the simplest – creamy chowder, crispy fish ‘n’ chips, a lobster roll, boiled crab dipped in butter, steamed mussels or clams. Above all, consider the oyster, which, as locals on either coast know, is best enjoyed shucked on a beach or a dock, knocked back with only its own juice, just as nature and both these beautiful islands intended.